This was the nickname given to José Ignacio Domecq González (1914-1997), one of the fourteen children born to Manuel Domecq Nuñez de Villavicencio, Viscount of Almocadén, and Mercedes González Gordon. This was a handsome, sporting, well educated family which spoke very good English, and José Ignacio was a good example of this. He was tall, slim, dynamic, intelligent and refined.  During the school holidays he had followed his father round the bodegas, watching what he did and tasting after him, learning the trade. His early ideas of being in the Navy came to nothing when the Naval Academy closed in 1931, and his industrial engineering studies were cut short by the Civil War in which he fought. On his return to Jerez he married Ángela Fernández de Bobadilla y González Abreu and they had twelve children. 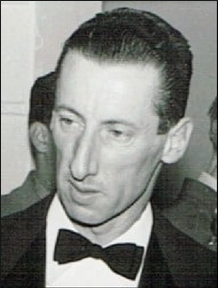 In 1939 he joined the family business, which was fortuitous as he was gifted with a prodigiously sensitive hawklike nose and fine oenological skills. He was well known for his ability to identify a brand of perfume or soap from some distance away, and even once halted a tasting when he detected the smell of chorizo on a waiters´s breath. On another occasion he postponed a glass of Amontillado 51-1ª as he could smell his secretary´s nail polish in the distance. 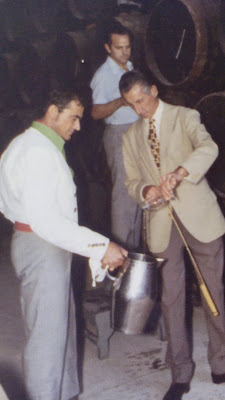 Needless to say his wine tasting skills were legendary, and he could recognise every possible nuance, which was fitting as a director of Pedro Domecq. He would go round the bodegas with his trusty venenciador, Julio Delgado, and taste vast numbers of wines to give the go-ahead for running the scales, and indeed is credited with tasting 45,000 in a year – that´s over 120 a day, not to mention the thousands more he tasted in the laboratory and sample room. He believed in following each wine´s progress regularly and thus keeping his tasting skills well practised. 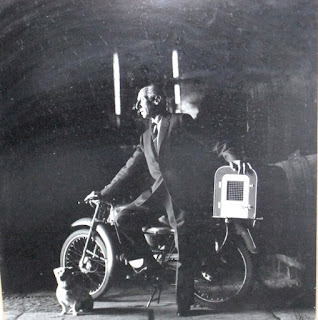 Some wondered about how much wine he must have consumed, yet nobody ever saw him the worse for wear. Asked by a journalist if he drank much, he replied that “I don´t know how much “much” is, but I drink enough to satisfy my thirst”. And despite that, and always having a cigarette in his hand, he lived to 82. When he was not at the bodega he would often be travelling round the world promoting Sherry in general and Domecq in particular while being a great aficionado and skilled blender of Jerez Brandy, indeed he did much to create the huge Hispano-American markets. 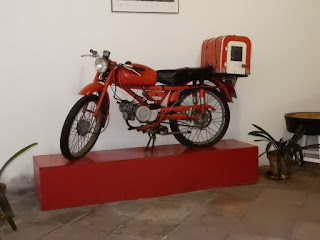 José Ignacio often used to drive to the bodegas on a little red Moto Guzzi motorcyle he had bought from his chauffeur, and fixed to the rear was a box for his best friend “Paco”, his Jack Russell terrier, who accompanied him almost everywhere, even to board meetings. The old bike can be seen in the bodega´s museum.  In 1994 Domecq was taken over by Allied Lyons but José Ignacio still went daily to the bodega, the office and the laboratory he had occupied for some 50 years until he was taken into hospital in December 1996, where he passed away the following January. Thus, one of the great Sherry characters passed into legend, but his nephew, Beltrán Domecq y Williams, chemist, oenologist, author of “Sherry Uncovered” and president of the Consejo Regulador, is now flying the flag.
Posted by Paula MacLean at 10:16