The Classic Pagos of the Marco de Jerez: Mahina

Also spelled “Maina”, this fine pago is thought to have been named in antiquity for the resemblance of its peninsular or island-like appearance to one of the same name in Greece. This area was once part of the Tartessian kingdom which had trading links to Greece among other places. Extending to some 170 hectares, Mahina lies east and just a little south of Sanlúcar at around 15 kilometres from the Guadalquivir estuary, and is almost surrounded by river marshes. The lie of the land makes it susceptible to the Levante wind which the ever encroaching wind turbines take advantage of. Over the centuries small caves have appeared where silica soil has been mined for pot making. 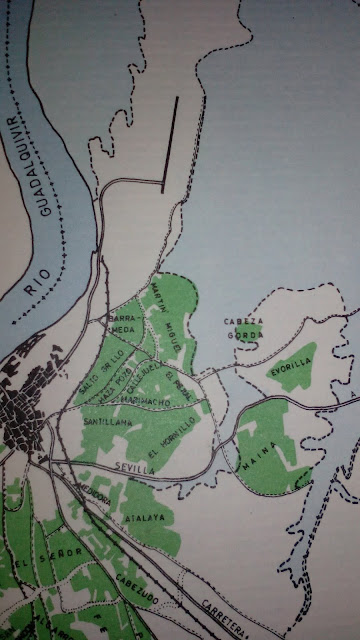 The soil here is probably the purest and deepest albariza of the entire region with a lower limestone content but a very high diatomaceous silica content – up to 80% in places - which makes it very white. That, along with its amazing capacity for water retention means it produces very high quality Palomino fruit and sapid muscular musts which produce fine Finos, Manzanillas and Amontillados. There are also patches of tosca barajuela and a bit more clay towards the east of the pago which has a very low content of organic matter.


Of the 153 vineyards in the pago the four most famous are Neva, Lacave, Vicario and La Charanga. Grapes from Viña La Charanga, owned by “El Bolli”, are used by Alba Viticultores (La Charanga), Ramiro Ibáñez (Ube Maina) and also Antonio Bernal (Corta y Raspa). What was once Manuel García Monge´s vineyard El Maestre with its handsome casa de viña is here too but the building is now a wedding venue. Vinifícate also buy Mahina grapes for their Mahara wine.