Appearance
Deep amber with orangey-coppery tones, legs.
Nose
Attractive, light and sophisticated with hints of oak, pipe tobacco and a trace of cinnamon, all nicely harmonised with a gentle fresh crispness. There is a distant dried fruit note and a hint of guirlache (nuts in brittle toffee).
Palate
Mid weight but expressive with a gentle tang of volatile acidity and plenty of nuts, with a miniscule trace of tobaccoey sweetness and hints of orange peel and cinnamon which counterbalance a trace of tannin from the oak. Clean long satisfying finish.
Comments
Being from what is probably the smallest and almost certainly the prettiest bodega in Jerez, this bottle was number 17 of a saca of only 182. The bodega is a XVIII century casa de viña  surrounded by its vines planted in pure albariza soil 3 or 4 kilometres north of Jerez. For such a small operation the wines are excellent but unfortunately/inevitably not widely available.
Price
19.00 euros per 50cl bottle from La Casa del Jerez 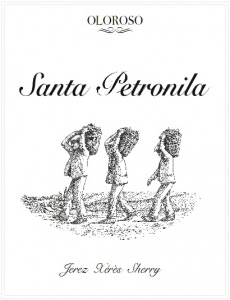