6.8.16 Latest on Harvest in Sanlúcar; Wines from Spain Awards

The 2016 harvest is predicted to be later and smaller than that of 2015 as a result of the weather conditions of the past year, but of good quality. Some grower organisations are predicting that picking will begin on 22 August, but others think it will start at the end of the month or beginning of September which would make it later than last year when picking began on August 27.

The president of the Cooperative Virgen de la Caridad, Juan Juez says the vineyard is seeing uneven ripening; the same vine can have both ripe and unripe bunches, so 20-30 days are needed to ripen the rest, as a minimum of 10.5ᴼ Beaumé is required by the Consejo. Antonio Palacios, president of the cooperative Covisan, which is a group of 170 growers supplying mosto to La Guita, Argüeso, La Gitana and Elías González, says they will start checking the grapes in the middle of August. Much depends on temperatures and wind, and if the Levante keeps blowing, ripening could be advanced, but he doubts the harvest will be before the beginning of September. 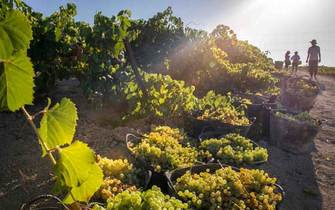 Grapes ripen a little later in the slightly cooler Sanlúcar vineyards than in those of the rest of the Sherry area, and along with the later harvest will be the reduction in volume as a result of mildew, which affected Sanlúcar vineyards at the end of May and beginning of June because of late rainfall. Estimates of losses vary, but they could reach 30-40%. Virgen de la Caridad expects losses of 10-15%, especially with the high temperatures and Levante, while Covisan is expecting 20%, saying that some vineyards are total losses while others have lost 40-50%. The shortfall in the Sanlúcar harvest will be mostly compensated by other areas which are much bigger and were less affected by the mildew. 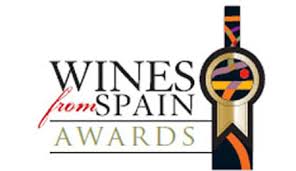