In 1862 John da Silva, son of Bruno, a Portuguese Port merchant based in London, took the established Sherry shipper Frederick William Cosens into partnership. The firm, both in London and in Oporto became Da Silva & Cosens, though it remained FW Cosens & Co. in Jerez.


Da Siva & Cosens were joined in 1868 by George Acheson Warre, a member of the oldest-established British Port shippers in Oporto (est. 1670). In 1877 the firm merged with Dow, whose senior partner, James Ramsay Dow, had earned a reputation with his publication of a treatise on Oidium, a fungal infestation that was causing mayhem in the vineyards at the time. It was soon decided to rename the firm Dow.

Together, the partners earned an excellent reputation for Dow’s Ports, which lasts to this day. Dow is now part of the Symington Group, whose name now appears on the label, though that of Silva & Cosens appeared on it until about the turn of the 21st century. Cosens, however, had pulled out by the 1920s. 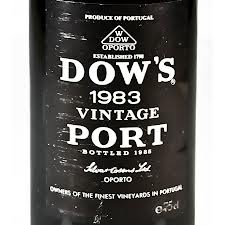