Sandeman, owned by the Portuguese firm Sogrape, has won a trademark registration case against one of Scotland´s leading football clubs, Aberdeen FC known locally as “the Dons” (short for “Aberdonians”). The club had applied to register two trademarks at the UK Intellectual Property Office for an own label blended whisky, “Dons Dram” and “the Dons Dram” which would be produced for them by a local distillery, but Sandeman objected to the word “Don”. Their famous logo, known affectionately as “the Don” was designed in 1928 and registered in 1935 with the brand “Don Fino” being registered in 1960 and there was also "Dry Don" so the firm felt the similarity between the trademarks could cause consumer confusion. Aberdeen FC argued that the club had been known as “the Dons” for over a century but the IPO ruled in Sandeman´s favor since it is a worldwide brand and nobody outside Scotland would be likely to have Heard of “the Dons”. 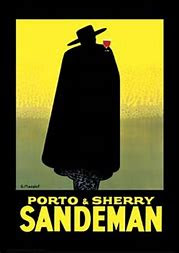