González Byass has launched another vermouth to complete the firm´s La Copa range which now amounts to four: La Copa Rojo, La Copa Blanco, La Copa Extra Seco and this new La Copa Reserva. It is made from a blend of Oloroso and Pedro Ximénez along with a range of botanicals which includes wormwood, clove, bitter orange peel, cinnamon, nutmeg, savory and quinine. The blend is then aged for twelve months in butts previously seasoned with Oloroso. GB has a long history of vermouth production, launching the original La Copa back in 1896 and the formula and label design had been conserved in the firm´s archives. Interestingly, La Copa was also the symbol used to brand cattle owned by the Marqués de Torresoto, son of GB´s founder, and also the anglo-hispano-arabic horses later developed by his younger son Fernando. 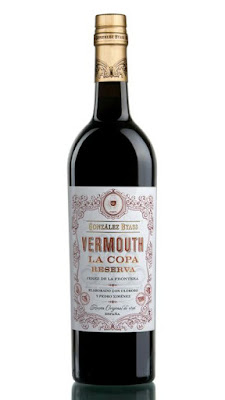 GB has also just bought a bodega in the Ribera del Duero region to add to their portfolio of bodegas in regions outside Jerez which now comprises nine, not to mention bodegas in Chile and Mexico. Bodegas O Fournier was founded in 1979 at the Finca El Pinar on 80 hectares of land of which 50 are planted. Most vines are 30 years old but there are also some of 70 years old. The Fournier family is related to Heraclio Fournier who have long produced Spain´s premier playing cards. GB have also recently completed a new bodega for their Rioja brand Beronia and hope to open their Sherry Hotel soon. It is adjacent to the bodegas in historic XIX century houses and what used to be the laboratory and will have 27 rooms. 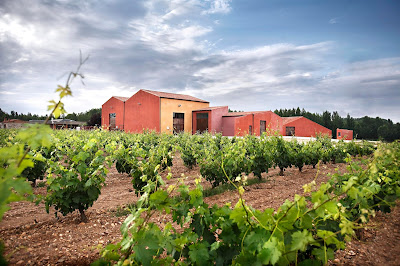