The Bag in Box saga has not gone away. The appeal lodged at the High Court of Andalucía by the bodegas which wish to use this contentious container is still awaiting a final ruling. Meanwhile the deal between Bodegas Argüeso and the Coop Virgen de Palomares in Trebujena by which the latter is filling Manzanilla “La E” into BIB for sale as Fino from Trebujena is creating tension in trade relations and doing nothing to help the ongoing efforts to resolve the area´s various issues.

It seems that this deal was done solely to be able continue selling wine in BIB, which is legal in the production zone, but is skating on thin ice as for one reason it risks consumer confusion as “La E” is a popular Manzanilla which has suddenly become Fino, and from Trebujena. Further, it seems that the owner of Argüeso, Francisco Yuste, has been supplying small barrels to points of sale marked “Manzanilla La E” which contain BIB marked “Fino La E”. 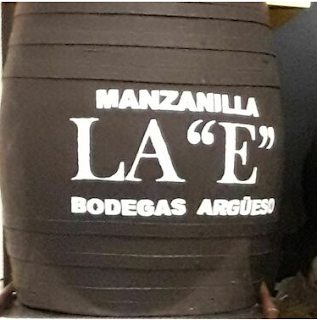 As a result of a complaint to the Consejo Regulador in which an unnamed bodega urgently requests a precautionary suspension of the issuing of DO seals for “Fino La E” and for its sale to be prohibited, the matter will be debated at the next plenary meeting. The Consejo invited the Coop president for talks on the matter but he prefers to keep his council till after the plenary.

Virgen de Palomares is one of the cooperatives which would like to be included in the ageing zone, but this is at odds with its decision to fill “LA E” into BIB and is worrying the other coops including the one in Chiclana. There they want to remain in the production zone so as to be able to sell wine in BIB.