19.3.19 Jerez is Worried and Frustrated by Brexit

The Brexit situation, almost whatever the outcome of the seemingly interminable indecision, is a real source of worry to the bodegas of the Marco de Jerez as it could cost them dear. Their principal concerns are that there could be customs problems at the border and a further drop in the value of Sterling. Some bodegas have been exporting larger than normal quantities of wine, either at their own behest or that of UK importers, in an attempt to at least mitigate the effects, while others anxiously await the upshot but all, including the Consejo Regulador, feel it is most unlikely to be favourable and are extremely frustrated as there is little or nothing they can do about it. 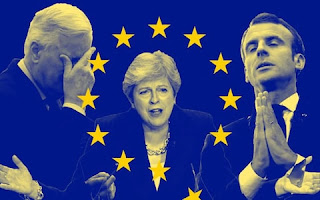 The United Kingdom is the largest export market for Sherry and the sixth largest for Brandy de Jerez. Spain as a whole is likely to be among the countries most affected by Brexit since it exports a lot of cars, fruit and vegetables to Britain quite apart from large quantities of wines and spirits, and the general feeling is that UK prices will inevitably rise in the medium to long term causing further losses in sales. Brexit will have to be paid for somehow, and increased taxation is an obvious method with alcohol being one of the most likely targets. Greater reliance on imports from the Commonwealth and possible preferential taxation could also adversely affect Sherry. The current promotional campaign in the UK will continue however, despite the UK being in a sort of no man´s land, no longer being an interior market nor a third country, making EU funding of the campaign more difficult.

Email ThisBlogThis!Share to TwitterShare to FacebookShare to Pinterest
Labels: Jerez is Worried and Frustrated by Brexit, Paula's Sherry Blog, Sherry