This Spanish term translates as “spirit drinks” which in its broadest sense covers brandy, whisky, gin etc. However in Spain it is used for certain lower strength brandy-like drinks. Some 95% of Spanish brandy is Brandy de Jerez, the only Spanish brandy with a DO, which began to be produced in large quantities at the end of the XIX century. Its huge popularity saved many bodegas from potential ruin during times of slump for Sherry, but times change. The Spanish government increased the Impuesto Especial sobre el Alcohol y Bebidas Derivadas (or alcohol tax) in 2002 leading sales to stagnate. At the same time raw material costs were rising and the EU decided to stop giving grants for distillation of potable alcohol. All this led to a bit of a crisis as increased brandy prices would harm not only sales but competitivity with other spirits. 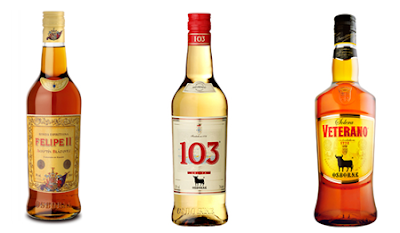 In 2009 Osborne and González Byass, soon to be followed by others, took the bold decision to convert their basic solera brandies to bebidas espirituosas. These drinks are not controlled by the Consejo Regulador Brandy de Jerez, so there is much less regulation. They can be sold at a lower strength than the minimum 36ᴼ for brandy, thereby reducing tax, there is no minimum ageing requirement, and no minimum content of holandas. They don’t even have to be distilled from wine, and while most are, at least mainly, there is some spirit made from molasses and even beetroot around. The spirit must be of agricultural origin.

The budget of the Consejo Regulador Brandy de Jerez was badly hit, and for two reasons. Firstly, since much of its income depends on a levy on sales of DO brandy, it began to receive much less as bebidas espirituosas are not technically brandy. Secondly the brandies which had been converted to bebidas espirituosas were all basic solera brandies and being the cheaper ones they were best sellers, accounting for 75% of all brandy sales and 90% of sales in the home market. 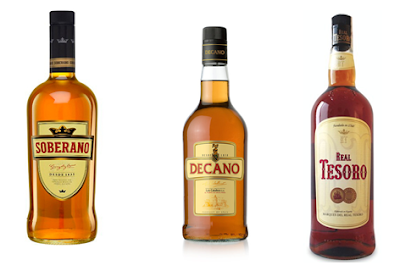 There was a bit of controversy about the branding of these new drinks, as they used exactly the same labels as used before for brandy, with only slight changes in wording. The less observant consumer was unlikely to spot the difference, but if they did they might feel cheated. The Consejo, however, felt that such commercial decisions were for the bodegas alone. Bebidas espirituosas are not so bad; they are aged in soleras, albeit very briefly, and are useful substitutes for the real thing in cocktails. They are not much cheaper than brandy solera though, only a euro or two, but perhaps Brandy de Jerez should follow the path of Sherry, selling smaller quantities of superior quality at a higher price.