Appearance
Light to mid strawy brassy gold with golden highlights.
Nose
Forthcoming, interesting and attractive with traces of apricot, quince jelly and plenty of over ripe apple notes from the carefully controlled oxidation. The aroma has something of autumn in it, of over-ripeness, without sweetness, and inevitably a slight strawy waxy Sherry note. Most winemakers avoid oxidation like the plague but in Spain they have mastered it and made a virtue of it, as beautifully demonstrated here.
Palate
Fresh, clean and fruity, though the fruit is more mature. It still tastes like the usual Socaire but further developed and complex, slightly resembling a Fino with bottle age only lighter and fruitier. Acidity and length are perfect and there is a dry texture and faint minerality from the albariza. It is an unusual and intriguing wine, but one which will captivate you in no time at all.

Comments
This is a new version of the excellent 100% Palomino Socaire; basically exactly the same wine, but with extended ageing and thus older and showing a little oxidation, hence the name. In fact it is aged for a total of 5 years (three more than the standard wine) in an ex Fino butt which gives it greater depth and complexity, but only 600 bottles were produced. It comes from the albariza of the firm´s Matalian vineyard and was fermented in butt, and the ageing took place in the absence of flor. 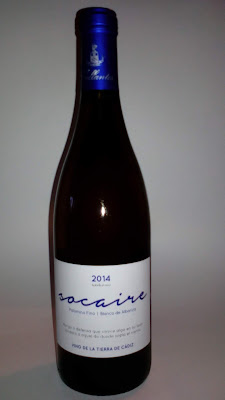