This impressive fortress is in an enviable position at the edge of the Barrio Alto surveying the Guadalquivir estuary and the Atlantic while being surrounded by bodegas, though it predates them of course. It was constructed between 1468 and 1492 by the II Duke of Medina Sidonia, Enrique Pérez de Guzmán y Fonseca “El Magnífico” and the ducal palace can be seen a few hundred yards along the road to the west.

It was built at the end of the Middle Ages while the Moors were still in Spain though only in Granada, so its purpose was not so much defensive, since it was a fair distance from the shore anyway, but rather as a bastion against the Duke´s great rival, Rodrigo Ponce de León, I Marqués de Cádiz and Conde de Arcos, and of course as a demonstration of power. many castles were built throughout Spain during the second half of the XV century for this reason. 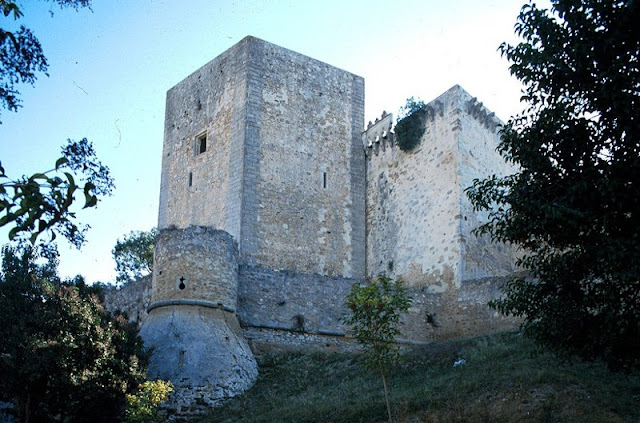 The castle had some notable visitors including the Queen Isabel La Católica – who it was said saw the sea for the first time from here – as well as Columbus and Magellan. It remained in ducal hands until it was confiscated in 1645 by the Crown which believed the IX Duke was conspiring against it. From then on it was Crown estate and not used much apart from briefly holding prisoners from the battle of Bailén in the Spanish War of Independence in the early XIX century, and in 1853 the Duke of Montpensier accommodated his escort there, but after this brief period of splendour it was largely abandoned except for use as an isolation ward for those with infectious diseases and a motor works. 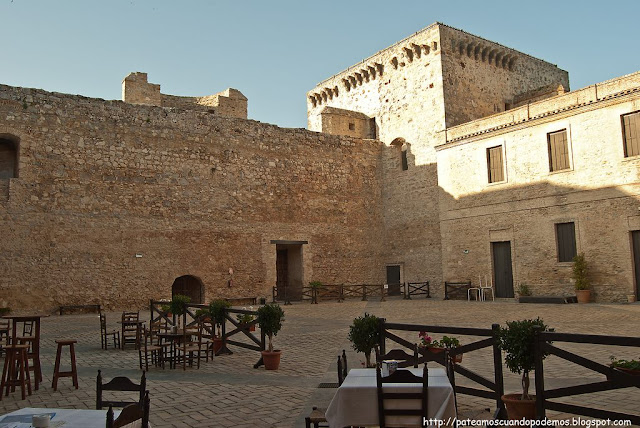 Santiago was once more used as a prison by Franco´s forces during the Spanish Civil War before again falling into disuse, until 2003 when a private company won a competition for its restoration and management and it opened to the public in 2006. Naturally this involved management, guides and cleaning staff and it wasn´t long before they began to hear strange sounds. One guide was with a party of visitors when she heard a woman´s piercing scream but could find no source for it. Occasionally the alarm system´s movement sensors are activated for no apparent reason, whispers, people talking and movement of furniture have been heard and three candles once lit themselves. The source of this paranormal activity is not known for sure, but during some works in the 1970s many human bones were found buried in the barbican, possibly from the Civil War.

Quite a few events such as wine tastings take place at the castle these days and it is a fantastic place to visit with spectacular views over Sanlúcar and the estuary. One can eat well and there is a museum, and it is right beside the Barbadillo bodega complex. Along the same street there are two other excellent restaurants: Weisshorn and El Espejo, the lovely old parish church of Nuestra Señora de la O, the ducal palace and the town council building, once the stately home of the Duque de Montpensier.