Appearance
Light amber brassy gold with old gold highlights.
Nose
Quite light and relaxed, and not totally unlike a slightly and gently oxidised Fino and with aromas of the asoleo: traces of riper fruit, rounder and less punzante.There are hints of straw, apple sauce and faint traces of flor, and it is at a crossroads between biological and oxidative ageing - the encrucijado of previous vintages. It is charming, complex and interesting.
Palate
Light to medium bodied with that faintly toffee apple flavour of early oxidation, that trace of overripeness and a faint bitter flor note and the dry chalky texture associated with albariza soil and it finishes dry though there is a very faint suggestion of residual sugar which is balanced by a judicious level of acidity making it very elegant, long and delicious.
Comments
This lovely wine is the new vintage of the much admired Encrucijado from Ramiro Ibáñez, but he has had to change the name for some sort of rights reasons. It is effectively the same outstanding wine however; a young vintage Palo Cortado made from grapes from the pago Miraflores. The grapes were hand picked and selected from the inner bunches for more malic acid then trodden before fermentation and ageing in butt. It was bottled without filtration. In the old days, when the fermentation was over the wines were left as añadas in sobretablas and their development was carefully monitored before later being classified as Palmas, Cortados and Rayas. The Cortados would lose the flor and begin oxidative ageing and that is what has happened here. It has spent about half its life under flor and the rest ageing oxidatively. It has not been fortified, the grapes having been briefly sunned to give higher sugar levels and thus more alcohol. Then the wine is sold at not much more than two years old which distinguishes it from what one is accustomed to with standard Palos Cortados, and makes it all the more interesting being an old fashioned style. Agostado is a vineyard job involving the preparation of the soil for the planting of vines and takes place in August.
Price
37.95, De Albariza 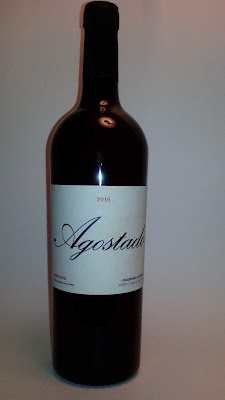