Plenty of flor bitterness and lots of apple, quince and pear fruit join a battle which neither wins. There is an attractive almost bitter-sweet tension between the two which arouses interest and whets the palate. But there is more to it than that; neither dominates and while the fruit is good and ripe with an implied sweetness the flor side dries it out aided by a fresh salinity, and it also has a little weight to it.
Palate
Up front flor gives way to a fuller, rounder, fruitier feel but keeps it in check. There is lots of ripe fruit and a satisfying breadth to the wine but that gently saline bitterness runs all the way through giving it a sort of irresistible verve. This is lovely wine with a character all its own.
Comments
González Palacios is the leading bodega in Lebrija which, while being in the province of Sevilla, is more geologically connected to Cádiz, and has its own Denominacion de Origen Protegida. This wine is made from 100% low yielding Palomino fermented in butt and aged for around 15 months in well seasoned Sherry butts under flor like it has been since the XVII century. It is basically unfortified  young Fino and is what has been drunk for centuries in the area, and with quality like this you can see why.
Price
11.40 euros, Licores Corredera 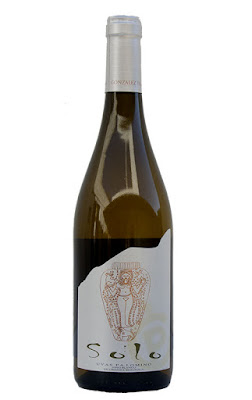