Sherry casks have for centuries been used for the ageing and refinement of the world´s finest spirits, not only Brandy de Jerez of course, but also Scotch, Irish, Japanese and American Whiskies and many Rums. Over the last decade or two, demand for these spirits has boomed and with it the demand for Sherry casks. Not all Spanish casks are Sherry casks however, so in 2015 the Consejo Regulador put in place a system of certification to guarantee their authenticity. Each cask has a label attached to it with a QR code which gives details of the type of oak, the cooperage, the bodega who seasoned it, the type of wine and the period of seasoning. Full details of this, along with a great deal of other interesting information can be found on the Consejos´s newly introduced web page:
https://www.sherry.wine/sherry-cask 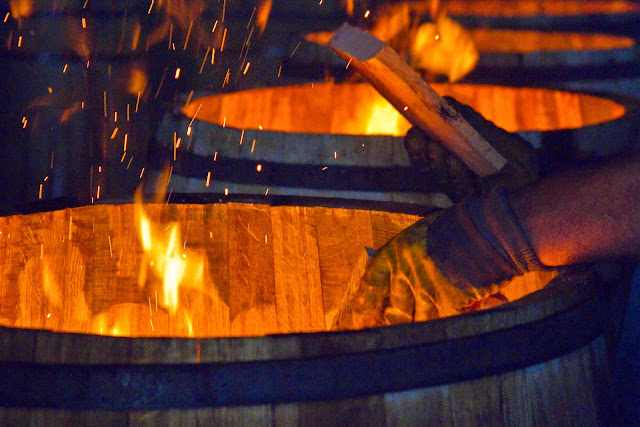 The cooperages in Jerez have not been so busy since Sherry was last exported in butts (casks), a practice which stopped with the introduction of mandatory local bottling in 1981. At the time there were around 40 cooperages, but that number dwindled to the 5 of today, leaving a shortage of experienced coopers and the need for more mechanisation. This lack of casks left the distillers with the problem of how to source Sherry casks and until it was solved they imported vastly increased numbers of ex Bourbon casks, which now account for some 90% of the casks used. These are about a tenth of the price of Sherry casks, but for premium brands, only Sherry casks will do, and they now work closely with the cooperages who build the casks to their requirements and the bodegas who season them with Sherry. 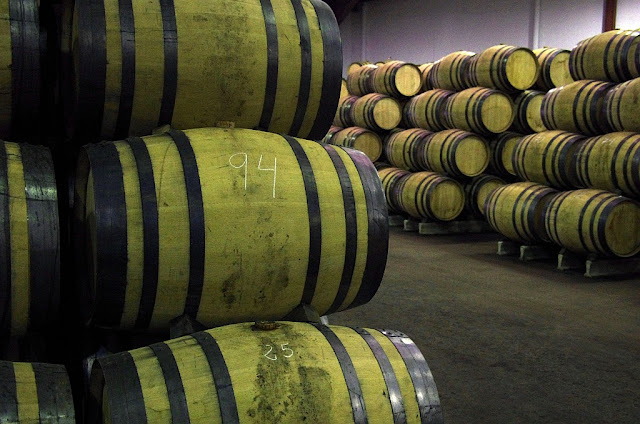 At a time when volume sales of Sherry have been declining, this is very welcome business, and it now amounts to an estimated 40 million euros annually with some 90,000 casks currently in the system. The mínimum seasoning period is 12 months but, according to the cooperage industry 90% of the casks are seasoned for two years, and some distillers go for even longer. The preferred type of Sherry for the seasoning is Oloroso and a finished cask can cost 800 euros or more. One estimate is that around 2 euros of the cost of a bottle of 10 year old whisky is down to the cask alone. The vast majority of Sherry casks go to Scotland.
Posted by Paula MacLean at 17:09