Enrique Rodríguez Cabanzón, was a montañés from Mazandrero near Santander who emigrated to Sanlúcar where he was very successful in business. His son Joaquín Rodríguez Roldán who inherited part of what would become Bodegas Barbadillo, married Magdalena La-Cave Domínguez, related to the La-Cave family with bodegas in Cádiz, and their son was Benito Rodríguez La-Cave, 1871-1913. 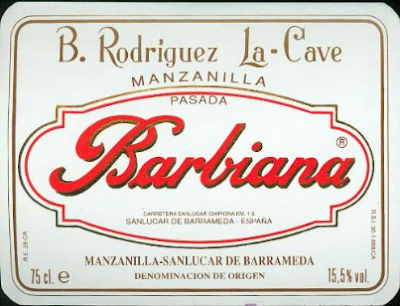 Rodríguez La-Cave owned vineyards in the Pago Miraflores such as Miraflores La Alta and bodegas in various streets of the Barrio Alto in Sanlúcar including the Calle Caballeros, Calle Monte de Piedad, Luís de Eguílaz and the XVII century morisco style bodega in Calle Trillo. Most if not all were inherited from Rafael Terán, and at one time the firm was bigger than Barbadillo. The bodegas are all now demolished except Calle Caballeros, which with its lovely house was converted into the hotel Posada del Palacio which has an excellent restaurant El Espejo. There can have been few families so intimately related to the Sherry business. 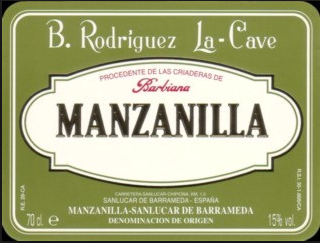 After Benito’s untimely death, María Concepción ran Rodríguez La-Cave under the title of Viuda de B Rodríguez-Lacave until she retired in 1934. It remained a family business run by her children and grandchildren, who maintained the firm’s excellent reputation, until they decided to merge with Delgado Zuleta in 1978. In 1989 the firm began moving all the wines from the many RL and DZ bodegas into one perfect purpose - built bodega where they can all be in one place. It took 16 years, and a fortune was spent on repairing old butts.

While members of the Rodríguez family currently own some 40% of the combined firm and have occupied management posts, their name only appears on the three wines which are still faithfully produced from the original Rodríguez La-Cave soleras: Manzanilla Barbiana, Amontillado Goyesco and the Amontillado VORS Quo Vadis? The latter has an average age of over 40 years. It has always been fermented in new butts as the original wine had been. The story goes that it was fermented from Miraflores gapes in new butts, and as a buyer could not be found, it was locked away for decades, turning into a magnificent old Amontillado which scored 97 Parker points.