A motion to apply for Unesco World Heritage listing for the vineyards and bodegas of the Marco de Jerez has been approved by the Andalucian Parliament. The Consejo Regulador has yet to pronounce on the issue, but is expected to give its approval at its plenary meeting on Tuesday. Fedejerez and the trade in general are naturally in favor of the proposition as it would be another feather in the cap for the región, but have called for both trade and political unity throughout the long and complicated process. The idea is not new, having been proposed five years ago, but due to the large number of applications Unesco had to deal with at the time and how long it would therefore take, the idea was shelved. The Marco de Jerez would not be the first wine región to gain Unesco listing; Champagne, the Douro Valley, Burgundy and Tokaj are already listed. 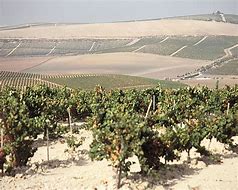