12.5.19 Roundabout in Jerez to be Named after Manuel Lozano

Jerez City Council has agreed to name a roundabout in the city´s San Joaquín area in honour of the Lustau oenologist Manuel Lozano who died suddenly three years ago aged only 61. Greatly admired and respected by all who knew him, Manolo, as he was known to his friends, won the International Wine Challenge trophy for Best Fortified Winemaker no fewer than seven times in a row. Since 2009 he was in charge of all winemaking operations from looking after the vineyards to ageing the wine. In 2014 he was awarded the medal for Oenological Merit and the City of Jerez Prize, the one he was most proud of. 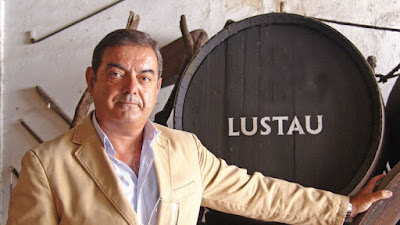 Email ThisBlogThis!Share to TwitterShare to FacebookShare to Pinterest
Labels: Paula's Sherry Blog, Roundabout in Jerez to be Named after Manuel Lozano, Sherry