10.05.19 Half of Garvey Workforce Made Redundant

The historic firm of Garvey, which was saved from administration in 2017 thanks to its purchase by the Philippino magnate and owner of Fundador, Andrew Tan, has let half the workforce go. Nine workers left the bodega on the 9th April leaving behind a further ten. Parent company Emperador, the world´s biggest brandy producer, has cited economomic reasons for the redundancies, while the trades unions have been talking of a lack of work to be done and of expecting bad news since the bottling line was removed. They say that the bodega has been allowed to run down since Tan bought it and they are not ruling out more redundancies in the near future. 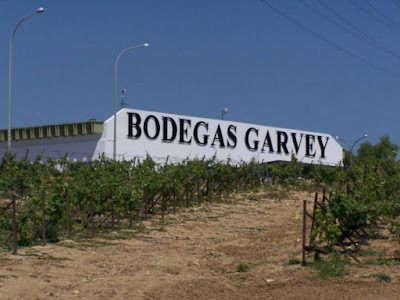 Grupo Garvey had long been in trouble since the demise of Nueva Rumasa and since 2011 had been run by receivers who sold off stocks to pay the workforce while the sought a buyer. Andrew Tan bought the firm in 2017 for 35 million euros in a deal which included the Bellavista bodega complex, Zoilo Ruiz Mateos (including the visitor centre), the Cerro Viejo vineyard and the Sandeman bottling contract (Sandeman is owned by the Portuguese Sogrape group), and all the Garvey and De Soto wines, spirits and brand names. Part of the deal also included keeping the firm afloat for at least two years, a period which has now expired.
Posted by Paula MacLean at 14:19

Email ThisBlogThis!Share to TwitterShare to FacebookShare to Pinterest
Labels: Half of Garvey Workforce Made Redundant, Paula's Sherry Blog, Sherry