There is a world of difference between independent labels such as those below and buyer’s own brand (BOB). The former labels are applied to wines which are skilfully and carefully sourced from the finest soleras at either bodegas or almacenistas and bottled in limited quantities with minimal if any stabilisation. The bottlers are quite happy to say where their wines are sourced.

The BOB label, on the other hand, tends to be applied to cheap supermarket blends where all that matters is the price. Most bodegas like to distance themselves from these labels and simply apply the minimum legal form of address to the label: the RE number, or bottler's registration number. This is understandable as such blends have done irreparable harm to the image and understanding of Sherry, and so we should applaud the proper independent bottlers such as those appearing below, who are doing wonders in promoting our favourite product and showing us new sides to it.

Alexander Jules:
Based in Santa Monica California Alex Russan came to Sherry from the coffee trade where he learned about blending. Then he began importing wines, and making them under the Metrick label. He scours the Sherry bodegas for interesting, exceptional wines and makes limited, minimally filtered bottlings, otherwise not available. 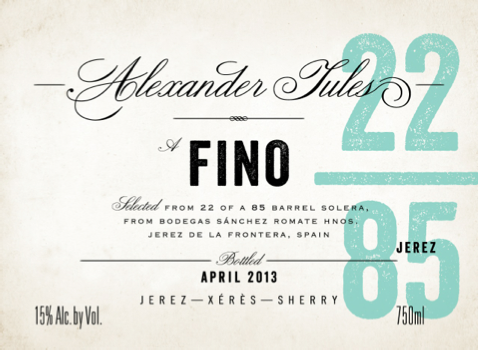 He blends wine from the best butts in a solera, and they are labelled with numbers eg 22/85 which represents the number of butts chosen/the number of butts in the solera. These are seriously good wines, but unfortunately due to the small quantities they are only available in the USA, Japan and Spain.
www.alexander-jules.com

Roberto Amillo:
Roberto is a businessman from Logroño in La Rioja who is a Sherry fanatic and collector with over 17,000 bottles of Sherry and brandy as well as related material such as old labels, posters and many other interesting objects. 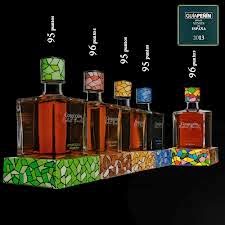 Having decided in 2011 to market a range of truly exceptional Sherries and Brandies, he carefully selects them from the bodegas to bottle in his own unique way. The current range consists of Amontillado (from Hidalgo La Gitana), Palo Cortado, Oloroso  (both from Williams & Humbert) and PX (from Fernando de Castilla), all over 30 years old and Brandy Solera Gran Reserva over 20 years old, in smart 50cl square bottles with colourful caps. The bottles come in individual boxes and various gift sets, but are not available outside Spain due to very limited quantities. Roberto announced plans to open a "Galeria de Jerez" to showcase the greatness of Sherry in a bourgeois palace in the Plaza Rafael Rivero after the 2014 vintage, but so far there is no news.
www.coleccionrobertoamillo.com

Antonio Barbadillo Mateos:
Antonio, a 6th generation member of that famous Sanlúcar family, left the firm and along with his wife, Angela Maria Galvez Lobato and their four sons, Antonio, Alvaro, Andres and Alejandro, he set up a company based in Sanlúcar to buy, bottle and market the finest wine treasures he could find from the DOs of Andalucia. 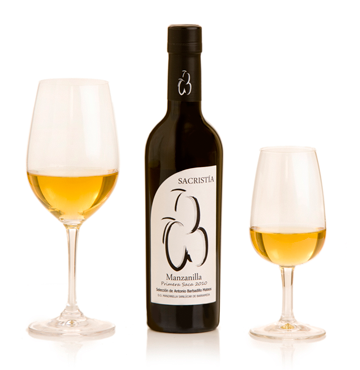 He started in 2010 with an excellent 8 year old Manzanilla pasada "Sacristia AB” sourced from Sanchez Ayala and sold in half bottles en rama, with various sacas since. The wines are sourced from various producers such as Yuste and annual output is around 6,000 halves of Manzanilla, but nothing seems to have yet materialised with the other Andalusian wines, but a superb Amontillado (2014), Palo Cortado (2017) and Oloroso (2015) are available. Of the Manzanillas, there was one release in 2010, one in 2011, two in 2012 and two in 2013, two in 2014, two in 2015, two in 2016 and July 2017.
www.sacristiaab.com 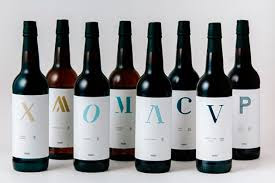 Mar 7 Despacho de Vinos:
Located in a pretty old house from 1820 which was once the head office of Pedro Romero in Calle Mar, opposite Bodegas Argueso in the Barrio Bajo of Sanlucar, this is a project begun in 2014. The adjacent bodega houses wines  which are bought in and further aged and sold either in bulk or in bottle. Run by the delightful and knowledgeable Maria Jose Romero Barrero, who is related to both the  Romero and Delgado Zuleta families, the range consists of Manzanilla Fina, Manzanilla Pasada, Oloroso, old Amontillado, Palo Cortado and Cream. It is hard to find the wines outside Sanlucar, so you'll just have to pay a visit, and it would be well worthwhile as this little bodega is really interesting and the wines well selected.
http://despachodevinosmar7.com/ 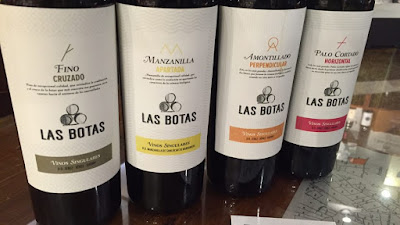 Balandro Vinos:
This enterprising wine business in Sevilla, established in 2015, is run by Cesar Velazquez and Raul Villabrille. They scour the bodegas in search of treasures and bottle them under their brand name Las Botas. They bottle wine from other areas as Balandro. The first release of Las Botas was extremely successful and deservedly so, and a second is on the way
https://www.balandrovinos.com/

Entrebotas consists of a group of experienced bodega workers and sommeliers with a passion for the fortified wines of Andalucía who make occasional selections from bodegas, mostly in the Marco de Jerez. They offer a bi-monthly Selección Entrebotas and a quarterly Selección Capataz which are sent direct to club members by their distributor Tierra Nuestra SL based in Sevilla. http://entrebotas.com/