So many exciting things have been happening in Jerez! It all began on Sunday with a screening of the film “La Guitarra Vuela. Soñando a Paco de Lucía” by Javier Limón and Jorge Martínez, about the last guitar commissioned by the great Paco de Lucía from Antonio Morales in La Palma de Mallorca (he also made a guitar for Paul McCartney). Paco had been planning a tour, but died before it could happen and before he could play the guitar he called “La Maestro”. Now the orphan guitar has toured 9 countries and been played by outstanding players of a wide variety of musical genres in Lisbon, New York, Boston, Habana, Mexico City, Bogotá, Montevideo, Buenos Aires, Salvador de Bahía, Rio de Janeiro and  Almería. More on the guitar anon. 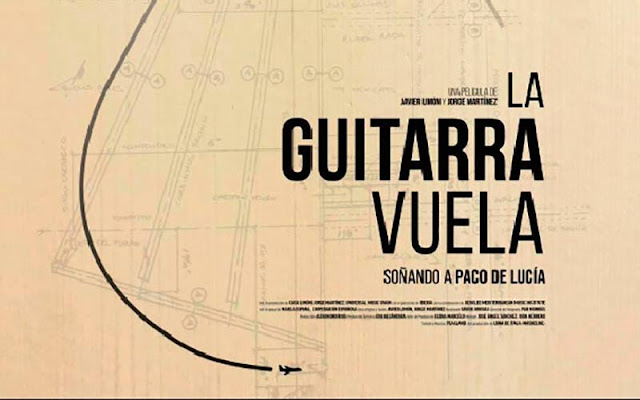 For the first time, the Copa Jerez food and Sherry pairing competition, now an important international gastronomic fixture and in its VII edition, has been extended into two days of action-packed food and Sherry -related events. Renamed the Copa Jerez Forum, top International chefs and sommeliers gave talks, demonstrations, lectures and tastings, including sessions on artisan cheeses, Almadraba tuna, a comparison of frying Spanish style versus Japanese Tempura and Sherry with Jamón de Jabugo, the world’s best ham. All of them are huge fans of Sherry for its quality, sheer variety and food matching prowess, and all are proud to include many Sherries on their wine lists.

There was also a fascinating series of dialogues between Sherry oenologists discussing vintage Sherry, biological ageing and the importance of the vineyard. They were Eduardo Ojeda (Grupo Estévez and Equipo Navazos), Ramiro Ibáñez (Cota 45 and consultant), Montserrat Molina (Barbadillo), Willy Pérez (Bodegas Luis Pérez), Paola Medina (Williams & Humbert) and Antonio Flores (González Byass), and each one brought a really interesting wine to taste. Then there was a magnificent tasting at the Jerez Catering School where no fewer than 24 bodegas brought along all sorts of interesting and delightful Sherries. If only there had been time to taste more!

The first day came to a fabulous close at the enchanting cloisters of Santo Domingo with a superbly conceived tasting/concert entitled “Tal palo, tal Jerez”. Top sommelier and co-owner of El Celler de Can Roca (twice voted best restaurant in the world), Josep “Pitu” Roca was joined by the brilliant guitarist Diego del Morao (son of the late flamenco guitar legend Moraíto Chico).  Pitu had selected ten highly interesting wines, most of which are not available commercially, to match ten styles of flamenco (palos), played on Paco de Lucía’s La Maestro guitar. This beautiful instrument shows incredible clarity of notes and depth of sound, especially in the wonderful setting of the cloisters of Santo Domingo, where the “duende” (muse) was everywhere in the sheer passion of the music and the wine. This was a huge success as each wine and each matching palo evoked different and profound sensations. 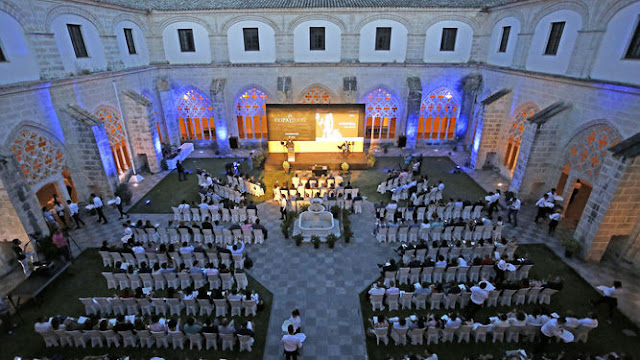 The wines and music began in a happy carefree mood, gradually becoming more pensive, soulful, passionate and complex. I can’t resist listing them.

The Copa Jerez final itself involved seven international chef and sommelier teams each preparing a starter, main course and dessert, each one accompanied by a Sherry. The finalists were:

After the prize giving ceremony there was a gala buffet dinner and flamenco spectacular, mostly in the form of Bulería, the flamenco palo native to Jerez, along with song and dance and a few more glasses of Sherry. Then it was time for a long well-earned sleep.

The Copa Jerez Forum was a huge success, very well thought out, and I can only wonder at the huge amount of work - and money - it took to organise so many people and events. Every year the Copa Jerez has been gaining in prestige, and now, as the Copa Jerez Forum, it has become an unmissable event. I am sincerely grateful to every Jerezano, from the waitresses to the bodegueros to the Consejo, who worked so hard, was so kind and welcoming and who provided such an unforgettable event. It was really heartening to see the world’s top chefs and sommeliers talk about Sherry with such passion and high esteem.

It is almost certain that the new Copa Jerez Forum format will be continued, and it is possible that more countries might be invited to participate in the XVIII edition, but the invitation is dependent on various factors like the Consejo having the necessary funds to cover the competition heats in more countries and the state of the market for Sherry there. It has traditionally been a kind of “thank you” to the leading export markets, and Russia competed in the VI edition and Japan in the I edition, albeit as an exhibitor, as the starter, main course and dessert format is not the norm in many Asian countries. Canada and Ireland are other possibilities.